Wieden+Kennedy Portland and Droga5 New York were top winners before a full house at Cipriani Wall Street in New York on the second night of The One Club for Creativity’s 46th annual One Show, the global awards competition celebrating excellence in creativity of ideas and quality of execution.

The One Show 2019 Best in Show honors, recognizing the single most outstanding work entered this year, went to Wieden+Kennedy with Park Pictures Los Angeles and Joint Portland for “Dream Crazy” on behalf of Nike.
Over two nights of The One Show 2019, the work featuring Colin Kaepernick won 10 Gold Pencils, two Silver and four Bronze, as well as four Best of Discipline honors (Creative Effectiveness, Integrated, Print & Outdoor and Social Media).  At the first night of The One Show, “Dream Crazy” also received the Gold One Show Cultural Driver Award, recognizing influential ideas and executions that had a major impact in their respective cultures and environments, and exist outside the traditional categories in advertising and design.
This year’s top honors, based upon cumulative One Show Pencils and Merits won across all disciplines, are:
Agency of the Year — Wieden+Kennedy Portland
In-house Agency of the Year -- Spotify
Network of the Year — DDB Worldwide
Creative Holding Company of the Year — Omnicom Group
Production Company of the Year — MPC
Client of the Year — Nike

A jury of 10 leading global CMOs awarded the 2019 CMO Pencil to David Rubin, chief marketing officer at The New York Times, as a result of their selecting “The Truth Is Worth It” as the world’s single most impactful idea on a brand’s business from the past year.  The jury picked the work, by Droga5 New York, from among this year’s 20 highest-scoring entries including Best of Discipline winners, narrowly beating out Nike “Dream Crazy” by Wieden+Kennedy Portland.
The prestigious One Show Penta Pencil, awarded to the  agency and brand who together have created stellar creative work for the last five years, was presented adam&eveDDB London and client John Lewis & Partners London.

Leading Gold Pencil winners for second night of The One Show

Wieden+Kennedy’s “Dream Crazy” for Nike was tied for the most Gold Pencils on the second night of The One Show with eight.  The work won three Golds in Film, two each in Print & Outdoor and Social Media, and one in Integrated.  Three of the Golds in Film, Integrated and Social Media were done with Park Pictures Los Angeles and Joint Portland.
Droga5 New York was also awarded eight Gold Pencils on the night, including five in Film for The New York Times “The Truth is Worth It”.  The agency received one Gold for “The Truth Is Worth It” for Online Films & Video - Varying Length Campaign, and one Gold each in Online Films & Video - Long Form - Single for “Fearlessness”, “Perseverance”, “Resolve” and “Rigor”.  Droga5 New York also won two Golds for Tourism Australia “Dundee: The Son of a Legend Returns Home” (in Integrated and Social Influencer Marketing), and one Gold in Integrated for “Read More. Listen More” on behalf of The New York Times, UNESCO and other participating publications.
DDB Chicago, FCB New York, McCann New York and Ogilvy Colombia each won four Gold Pencils on the night.  All DDB Chicago Golds were for Mars Wrigley Confectionery “Broadway the Rainbow”, including two in Experiential & Immersive and one each in Direct Marketing and Social Media.  All FCB New York Gold Pencils were for Burger King “The Whopper Detour”, one each in Digital Craft, Experiential & Immersive, Integrated and Mobile.
Three of McCann New York’s Gold Pencils were with March for Our Lives for that organization’s “Price On Our Lives” (in Direct Marketing, Print & Outdoor and Social Media), and one of their Golds was for MGM Resorts International “Universal Love Songs” in Digital Craft.
Three of Ogilvy Colombia Bogotá’s Golds, working with Ogilvy Mexico Mexico City, were for Aeromexico “DNA Discounts” (two in Direct Marketing and one in Interactive & Online).  Ogilvy Colombia’s fourth Gold Pencil was for Kingo “Affordable Solar Energy on Demand” in Digital Craft.
John Lewis & Partners London with adam&eveDDB London won three Gold Pencils, all in Film all for the department store’s “The Boy & The Piano”.  The New York Public Library New York with Mother New York also won three Golds, all for the library’s “Insta Novels” (two in Social Media and one in Mobile).
The One Show Pencil is one of the highest accolades in the industry because it is one of the most difficult to win.  For both nights of The One Show 2019, 569 Pencils were awarded: 180 Gold, 178 Silver and 211 Bronze.  A total of 19,445 pieces were entered this year from 73 countries.
A complete list of Pencil winners for this second night of The One Show can be viewed here.
This second night of The One Show was hosted by actor, comedian and writer Ben Schwartz, known for his roles on NBC’s “Parks and Recreation” and Showtime's “House of Lies”.  Schwartz is also the voice of Sonic in the upcoming film “Sonic: The Hedgehog”.
The One Show awards are part The One Club for Creativity’s Creative Week, May 6-10, 2019 in New York.  The preeminent festival showcasing the intersection of advertising, innovation and creative thinking, Creative Week also includes the ADC 98th Annual Awards, two nights of The One Show, the dynamic Young Ones Education Festival, inspiring sessions with some of the biggest names in the industry at the Creative Summit and the exclusive Executive Creative Summit, open to a limited number of top-level leaders (founders, CCOs, managing partners).
Terug naar de vorige pagina
Meer prijzen » 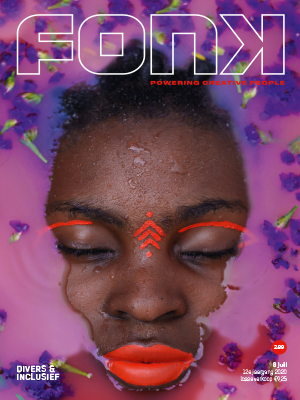